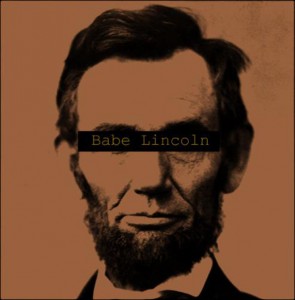 Babe Lincoln is the culmination of two years of musical searching. It all began at the first Battle of the Bands held by Tucks Rock Dojo in Meriden, NH. Through sheer coincedence the members of Babe Lincoln found themselves (and each other) working in the very same building at King Arthur Flour. Recognizing kindred spirits the two banded together (PUN!) and formed an unnamed band as a pinch opener for a stupid band. The bands first practice was held at Books-a-Million in West Lebanon, NH and they later decided on the name Babe Lincoln. Now that the kindred spirits of Megan and Philip have found one another they rock hardcore.