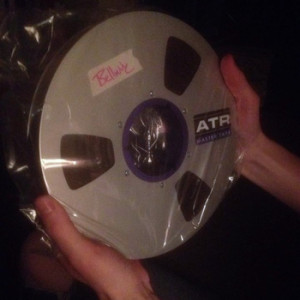 Allston by-way-of Dover, NH “tomboy rock” pioneers bellwire have never been ashamed to show off their skinned knees. While they’ve tightened up their sound considerably on their lean new 4-song EP “Following The Plan”, turning down the murky reverb that colored last year’s excellent “SummEP,” their power-pop tunes are just as rambunctious as ever. The title track, which finds lead singer Tyler Burdwood shrugging at all the times he’s strayed from the beaten path, barrels ahead with bright, AM-radio-ready guitars that ping-pong about like a full-court press in a game of Calvinball. It’s easily the catchiest song the band has recorded over a two-plus-year career filled with earworms, and the wider arrangement gives plenty of room for Burdwood’s acutely-observed lyrics. Throughout the record, Burdwood catalogues hard theater seats, “Jackass” style stunts, stolen kisses, blinking radio towers, and upwelling sewers, amused and gratified by the misadventures that led him to these details.

Musically, the record follows similar twists and turns, with few constants but frenetic energy (the EP’s four tracks clock in at just under ten minutes). Cuddling anthem “Overdo” begins as a shaggy, hormonal jam before settling itself around an unexpectedly sweet chorus; “Hoo-ooh” marries Burdwood’s stories of broken tailbones and missed musicals (“Who the hell can sit through ‘Bye Bye Birdie’?,” he asks; truer words were never sung) to a jumpy doo-wop-indie-pop backbeat that sounds like Unrest becoming Ben E. King’s backing band halfway through “Stand By Me.” “Hilton Park, 2 AM” brings things back around to nervy power-pop in a 100-second closing statement anchored by former drummer Chris Faulkner’s rapid-fire fills.

These musical detours only reinforce the EP’s classic pop mission statement, establishing bellwire as disciples of the great power-pop groups, but ones with a forward momentum that so many of their peers lack. Too many bands in this style aim for nostalgia and achieve only stagnation, decrying the blandness of modern music while they contentedly churn out identical, and identically unexciting, songs that can never compare to their cherished Big Star and Cheap Trick LPs. They spend all their time studying the classics, but “Following The Plan” proves that real inspiration is found when you put your homework off until the morning. Bellwire may be bad at following the plan, but being this bad has never sounded better.

“Following the Plan” was recorded, mixed, and produced by Elio DeLuca at The Soul Shop, assisted by Pete Schluter, and mastered by Jesse Brayman at Sound Mirror.

Look for it soon on 7” vinyl or digital download, and look for Bellwire at http://bellwire.bandcamp.com/