Tweets by @whatdothlifevt
READ ALL OUR TWEETS

SEE ALL OUR RELEASES

Natalie went to college. Also, 2 What Doth Life band, the Pilgrims and Blushing put out a 7 song split together. They did so on independence day (2012) as a commemorative gesture to Alex Bourne’s favorite movie. INDEPENDENCE DAY. enjoy folks – and stay tuned for the Pilgrims full release (heh heh) coming (heh) soon. listen, download, share – whatdothlifevt.bandcamp.com/album/natalie-goes-to-college

Upper Valley Give Us A Venue, By Jesus!

Hi There World. WDL has been organizing shows in the Upper Valley (and further!) for around two years now. We’ve had some great ones (vampire teeth!) and some not so great ones (“can I get some more reverb please?”), but I think we’ve worked out the kinks, have some perspective and know what works for the best. Yet, we still go ’round in circles. One place won’t respond until a day before the show was prospectively scheduled, another won’t start [...] 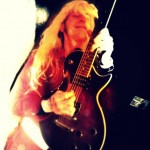 Sean Merrihew joins us from the wild world of Lebanon, NH. This young gent plays guitar (YES) and sings (OH MY) in the vain of an independent punker. Listen to this guy! Influenced by Elliot Smith and Pixies, Sean is gonna fit nicely into the WDL world. Welcome, Sean! 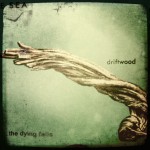 Hi Dudes! One of our most recent WhatDothLifees, The Dying Falls, released their album ‘Driftwood’ recently.  For those of us that like our fun divisioned joy-fully, and our summers swathy, reverbing sun-stroked “canonball” calls into pastel pools, this album digs.  Download the first track “Youth Goes Bad” for free & download the whole album for $ of your choice. Also, check out a review of the album on The Deli. 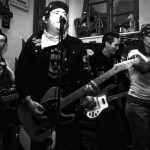 Listeners of the What Doth Life Radio Show will remember the The River City Rebels’ segment, “Playin’ to Live, Livin’ to Play.”  Now we are offering their feature as an uncensored, direct-download for fans.  The series chronicles the life and times of the band, from their formation to their success.  It’s a must-listen for any aspiring musician out there who wants an insider’s look at the industry and what it takes to make it.   Download episode one here and episode two [...] 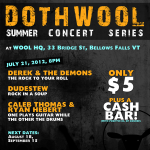 Community radio station WOOL-FM, the What Doth Life music collective, What’s Up In The Valley magazine and website, and Popolo Restaurant are joining forces for a hot summer concert series featuring some of the best up-and-coming original rock bands from Vermont and New Hampshire. The three-concert series kicks off July 21 on the island in Bellows Falls at the funky and fabulous 33 Bridge Street warehouse, home of WOOL-FM and What’s Up In The Valley, and just steps away from [...] 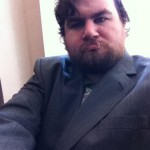 Many in the What Doth Life family consider themselves traditional musicians, who play traditional instruments and rock out in the traditional way. But there is another side to our musical co-op that blends traditional sounds with unconventional mayhem. White River Junction resident Graham Robinson, or “Prodjekt” as he is known to his fans, spends his time creating and remixing tunes to bring you sounds that are at times ethereal, jarring, and even confusing. His music is not for traditionalists. [...]

THE PILGRIMS: MAKE AN ALBUM 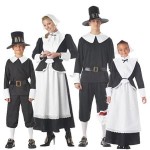 Oh, them dudes of the Doth Life, The Pilgrims along with good friend, studio-dudeio, Nate Bagley of Sound:Still, LLC began recording their first full-length album, the tentatively titled It’s Not Pretty on Cinco De Mayo, 2012. Thirteen tracks of grown-up punk, booze-washed, Replacements-staggerin’, piss on the flag Americana, with an oh-so sesitive edge, just in time for your summer BBQ. The Pilgrims will be playing out in June, dates include: June 1st At CJ’s at Than Wheelers in White River [...]